This winter holiday, when I was in the airport waiting area of Beijing International Airport, an interesting scene caught my attention: three American children were running and singing a popular Chinese children’s song together, followed by a Chinese woman and their mother. It is easy to guess that the Chinese woman was a baby-sitter and family’s Chinese language teacher at the same time. I have also seen many videos before—like the one shown here, which show American girls speaking Chinese, usually taught by their family’ Chinese language teacher. These are two good examples perhaps suggesting that learning of Chinese language becoming more and more popular outside of China. Usually, parents choose to start with their children who would learn the language easier and faster.

On January 31st, we celebrated the Chinese New Year—the most important festival of China. A Chinese homeschooling organization held an event to help children and parents celebrate the festival together. Children were asked to construct a simple lantern—which is similar with the Chinese traditional decoration with their parents’ help. This kind of Chinese cultural event could help children understand Chinese culture easily and also could leave children a strong impression for Chinese traditional festivals. [1]

As the learning of Chinese language becomes more popular in countries where it is not spoken, more information becomes available online about how to effectively teach Chinese to children. On blog with a title “Chinese dubbed movies will be a great tool for learning Chinese” was published on the BetterChinese blogs, arguing that when children are watching their favorite and familiar movies such as Finding Nemo or Toy Story, they don’t care which language the movie is in, even if these movies are played in Mandarin. Although not backed up by any scientific evidence, the blog suggests that this may be an effective way to help children learn Chinese, because it is easy for children to understand movies and they feel accomplished as a result.[2]

Telling Chinese stories is another tool to teach Chinese, which also helps children learn about Chinese traditional culture. For example, the Mid-Autumn Festival is a holiday to commemorate Chang’e, a fictional beautiful woman who left her husband and had to stay on the moon. The story reminds people to reunite and care more about their families. The Dragon Boat Festival is a Chinese traditional festival to commemorate Quyuan who was a great person with high reputation in the history. People throw zongzi into the river where Quyuan committed a suicide to feed fish in order to prevent fish eating Quyuan’s body, and this is the reason why people eat zongzi during Dragon Boat Festival. Those stories give meaning to Chinese festivals and raise people’s interest in learning about the Chinese culture. 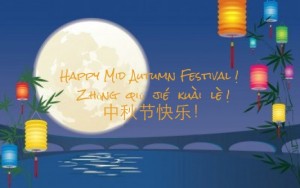 The examples illustrate that the process of learning the Chinese language is also a process of for people to learn the Chinese culture. As English becomes the domaint international language and is used increasingly more widely in recent years, more and more Chinese begin to learn English and Chinese parents focus more on their children’s English scores instead of Chinese scores. However, few Chinese people realize that when Chinese parents try to improve their children’s English skills, people from other countries are beginning to learn Chinese.

With the effects of globalization, China plays a more important role than ever before in the world, and people begin to pay attention to China and the Chinese culture. In other words, the popularity of Chinese learning could be seen as a sign that the Chinese culture is becoming widely accepted. Years ago, the Chinese government has begun to support the spread of Chinese traditional culture, and now there are 440 Confucius Institutes established in 120 countries. In the United States, there are 100 Confucius Institutes in universities and 356 Confucius classrooms in schools, including elementary schools and high schools. Personally, I think these Confucius Institutes build bridges between Chinese and people from other countries, providing good opportunities for people to understand Chinese well and also promoting interpersonal relationship between different groups of people. As a Chinese, I feel proud that Chinese culture is recognized and valued by people from other countries.