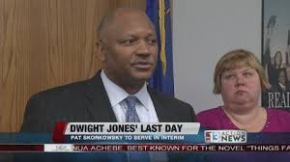 “Crisis.” It’s at once the most used, abused, tossed-off, throw-on, and bandied-about buzzword in our collective hysteria over the state of American education these days. It’s the short-but-sick pabulum for everyone from Christian Conservatives prophesying the day we’ll all be pledging allegiance to Charles Darwin to stuffy policy wonks fretting over our ostensibly dismal PISA scores (“Estonia scored better than us! Really! Estonia!”). And so but while I’m generally cautious about the use of this term, this catch-all diagnosis for the big, impossibly complex and interconnected dynamics of 21st century education, I’m leaning toward using it – as most Nevadans are inclined to do – when it comes to describing the quagmire that is the state’s educational situation, particularly Clark County’s (Las Vegas).

Amongst the 50 states plus the District of Columbia, Nevada ranks only above D.C. in high school graduation rate – i.e. it’s basically dead last (for whatever reason, Kentucky, Oklahoma, and Idaho haven’t reported recent data). Similarly, with a deficit-ridden state budget, Nevada ranks near the bottom in per-pupil K-12 expenditure, outspending only UT, ID, OK, AZ, MS, and TN. In 2011, citing his conviction to not raise taxes during a time of economic strife, Nevada Governor Sandoval vetoed Assembly Bill 568, a plan that would have effectively raised education spending by $660 million. In January of this year, just ahead of the currently in-progress legislative assembly[1] Gov. Sandoval’s 2013 budget plan for the recently commenced legislative session directs some of Nevada’s increased tax revenue to education, but, citing the costs of the Affordable Care Act, it more or less “maintain[s] the existing expenditure levels.” Nevada state democrats have argued that Sandoval’s budget continues to woefully underfund a struggling school system by some 300 odd million dollars. (You can check out the budget’s education spending in detail here.)

Budget holes aside, there are other indicators of the Nevada education mess. Last week, after only a year on the job, Nevada’s state superintendent of education, James Guthrie, unexpectedly resigned. Hand-picked by Gov. Brian Sandoval, Guthrie, most recently a senior fellow of education policy studies at the George W. Bush Institute in Dallas, was considered by many to be an odd and potentially controversial choice for the state’s highest education job. More of an academic (or “educational entrepreneur” as described in the video below) than an experienced educator, having taught/worked at prestigious education schools such as Vanderbilt and UC Berkeley, Guthrie was in step with Sandoval in downplaying the need for educational funding by championing charter schools and strict accountability regimes designed to expunge/penalize underperforming teachers.

Most significantly, Guthrie almost immediately drew the ire of Democratic legislatures and K-12 educators across the state by insisting that class size doesn’t have a significant impact on educational outcomes. To make matters worse, only shortly before Guthrie’s surprise resignation[2], Dwight Jones, the superintendent of Clark County public schools abruptly resigned as well, citing the need to take care of his ailing mother in Dallas.

At the moment the education system of Nevada, including Clark County, the country’s fifth largest district, is attempting to mend the wound of its dismal graduation rate, one of the country’s worst, while it faces a budget short fall of millions of dollars, leading to well below-average per pupil expenditure, teacher wage freezes, staff layoffs, and cuts to programs such as teacher healthcare and English as a Second Language courses. Worse yet, it’s attempting to do so in a leadership vacuum, with figures like Dwight Jones and James Guthrie coming in one day and going out the other. All this in a state that was one of the hardest hit by the economic downtown of recent years. Nevada ranks high in the number of households underwater and foreclosed upon. And, oh yeah, with an unemployment rate of 9.6%, Nevada, tied with California and Mississippi, ranks dead last among the 50 states in this crucial category.

Originally, I wanted to write a post about something much more specific – a proposed bill to shift the governance of Nevada community colleges from the Nevada System of Higher Education to the state Dept. of Education, effectively instituting a K-14, high school to community college feeder system. But before laying out the particularities of that, I couldn’t help but give a sketch of the Nevada state of education in general, some needed context, a report from the field. And that sketch turned it this – an assessment and argument for what many think is a true American education “crisis.”

Above are the facts – and actually only the faintest sketch. Undoubtedly, the reasons for Nevada’s educational struggles are complicated and interconnected with the peculiar social and economic realities of the state: a high number of poor people, many of them immigrants, and the monoculture economy of the gaming industry, which engenders its own set of particular incentives for the state’s young people and their families to eschew educational success (i.e. you can make a decent wage working in the gaming industry with very little education). But so the necessary follow-up question thus (and what will perhaps be the substance of some more content on this blog) is how and with what policy choices are the beleaguered residents of the sagebrush state attempting to respond to their educational “crisis” – with fist-on-table pounding insistence or, a la Professor Guthrie, with resignation?

[1] Nevada is one of only six states in which the legislative body meets only every two years (on the odd numbered years). Maybe that’s part of Nevada’s political/bureaucratic gridlock (although the state’s libertarian vein would argue the opposite). I don’t know, just saying …

[2] There is some speculation that heat from Democrats in the legislature prompted Sandoval to pressure Guthrie for his resignation.