“Russian Gambit,” “Conspiracy Theory,” “From Mirror-World,” “Irrelevant Offer,” “Creativity or Cretinism,” “Bologna Sauce,” “Bologna Mafia,” “Bologna creates puppets,” “ “Caste system,” and, finally, “Bolonka for Sovok” (“Bolonka” is a Russian slang for Bologna and “Sovok” is a slang term for the USSR)…  These titles crowded the Internet in 2003 when the Russian higher education system lost to the Anglo-Saxon one as a result of the imposed “panacea” from the “more civilized” systems—the well-known Bologna system.  The question is: was this widest and most comprehensive reform in European Higher Education history in fact a panacea or a catastrophe for the post-Soviet countries? 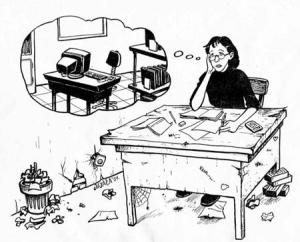 The blindfolded teachers thrown into the pit of the unknown after decades of well-functioning Soviet education system and the students unaware of the meaning of dozens of new terms and notions were expected to rapidly get a grasp of the reform, but many failed to embrace it. School administrators who were used to preach collective values were now forced to adjust to individualized learning and the promotion of commercial values. They did not turn out to be the strongest supporters of the reform either.  Being a witness (and fortunately not a victim) of the Bologna reform myself, I would gladly hold a poster “Rich parents-for everyone” together with hundreds of students across Europe protesting against detrimental consequences of the Bologna system in 2005.

By all means, international academic mobility is critical. Post-Soviet nations cannot exist outside of the information age. The Soviet Union has been participating in international exchanges since the 1960s. In 1991, there were more than 102 thousand foreign students in Soviet universities, and the number of international students coming from former Soviet Union countries grew by 40% in the year 1993 alone. Currently, there number of post-Soviet students studying abroad is rapidly growing. The opportunity to receive a foreign diploma is primarily granted to them by various exchange programs, such as FLEX, Global UGRAD, Muskie, Fulbright, and others.

When the Bologna declaration was initially signed by 29 European ministers in 1999, one of the core declared objectives was to remove the obstacles to student mobility across Europe, and more broadly support the mobility of students, teachers, and researchers. Without offering “a full ride” like the above exchange programs, Bologna pushed national education systems of post-Soviet countries from equality to elitism. Now, the unique opportunity to have one’s degree recognized by European institutions is accompanied by the need for the students to cover the cost of education on their own.  I wonder how many post-Soviet students can afford European education considering that the average PPP per capita in post-Soviet states is US$10,450 as of the year 2012. Moreover, how many of them will actually travel to Europe to study and not choose their itinerary for touristic purposes? Sociologists are pessimistic in their assessment. 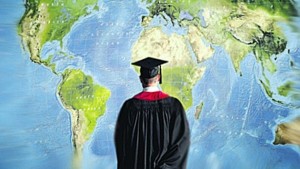 The second reason for joining the Bologna process was the fact that knowledge has become the major factor of production giving the highest return for investment. According to the policy-makers, a different (neoliberal) approach promises to give a “common European answer to common European problems.” There is little doubt that the Bologna system can meet the challenges that Europe is facing. However, projected on the post-Soviet space, it can only result in the degradation of education rather than progress. The famous “Sputnik moment” of 1957 showed the strength of the Soviet education, which the whole world recognized.  Before the beginning of the 21st century, the Soviet values in education that brought the Union to the highest level of success remained stable: collective work, relatively distant relationships between a student and a teacher, thorough approach to the selection of material.

New reforms changed the core of the process of knowledge acquisition. They promoted deep individualization of student learning supported by the credit system and the ability of a student to calculate credit hours and shape his or her schedule on an individual basis. In this context, every student’s “knowledge database” started to look like a puzzle where the pieces having no logical connection were not chosen by a professional educator. Since the new aim of education became score accumulation, most students would happily follow the path of least resistance with class choice. The credit in the section “Ancient history” could easily be satisfied with a class “Coins of Khan Dynasty” and nothing outside of it. Exciting? Yes, but one might argue the practical significance of the choice. What students also witnessed was impersonalization of educational services that fit into the scheme “buy-sell” and were completely alien for post-Soviet mentality. 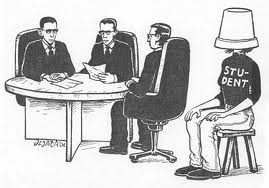 Finally, post-Soviet countries are expected to react to the shift from “hard power” (territory, military, natural resources) to “soft power” (competitive economy and pro-active diplomacy.) Bologna presented a chance to capitalize on “the countries’ most precious national resource – human capital.  The existence of competitive economy is based on the principles of transparency, decentralization, and accountability. None of the above components currently exist in the majority of post-Soviet states. Education at all levels is plagued with bribery (only in Russia citizens pay up to US$520 million in bribes annually, according to International Higher Education journal). Centralized management and ineffective bureaucratic practices added to the massive corruption do not represent a favorable environment to the success of the offered shift.

I am not writing this blog to argue for preserving the Soviet education system intact. Nor am I denying the presence of positive aspects of the Bologna reform, such as the possibility granted to the “chosen ones” to receive quality European education. However, many problems persist.  Reforms are indeed due, but they have to be realistic, meaningful, timely, and well-planned. Post-Soviet space should not jeopardize national educational traditions in the interest of modernization. The last thing that post-Soviet students and educators need is a fairy tale of academic success that is not only outside of their reach, but also outside of their value system.