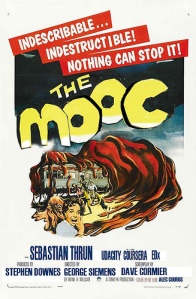 Massive Open Online Courses, or MOOCs, are being widely championed as the future of higher education. These courses are provided over the web by private firms or non-profit organizations. The massive in the name refers to the course size, which can be in the tens of thousands. The open refers to the fact that anyone can sign up for a course. Currently there are three major providers, Coursera, EdX, and Udacity, and all are affiliated with prestigious national universities. Both Coursera and Udacity grew out of Stanford University, and EdX is a joint venture founded by Harvard and MIT. These platforms promise to offer “world class” courses taught by “superstar professors.”

As their popularity has grown, many people have started asking how MOOCs will make money in the long run. Coursera has one answer: charge for their end-of-course certifications. The new program is described by Inside Higher Ed here:

[Coursera] introduced a “Signature Track” to try to put more weight behind the end-of-course awards issued by universities that offer courses through its platform. Users who pay for this have to submit a photo ID of themselves to the company and are also tracked based on their “unique typing pattern” to ensure that people who take tests or turn in assignments are who they say they are. Prices are set around $50 so far.

The system appears to be working, this week Coursera announced that it is now generating revenue by charging for the credentials and through textbook sales.

Some say the firms are not motivated by profits. In a recent Chronicle of Higher Ed article, Kevin Carey argues that asking how MOOCs plan to make money is missing the point. He believes that MOOC courses are not meant to be profit centers for their universities, they are meant to be prestige generators:

Elite colleges are ultimately in the business of maximizing status, not revenue. Spending a lot of money on things that return a lot of status isn’t just feasible for these institutions—it’s their basic operating principle. It’s not hard to make money when you’re already wealthy—witness the performance of the Harvard Management Com
pany over the past 20 years. The difficult maneuver is converting money into status of the rarefied sort that elite institutions crave.

MOOCs offer that opportunity. Elite colleges are willing to run them at a loss forever, because of the good will—and thus status—they create. Free online courses whose quality matches their institutional reputation (a tall order, to be sure, but MOOC providers have strong incentives to get there) could ultimately become as important to institutional status as the traditional markers of exclusivity and scholarly prestige.

While an interesting idea, it seems as if Carey is the one missing the point. Stanford may not need a business plan, but Coursera does. Brown and Duke may be willing to run MOOC classes at a loss, but Coursera has taken on at least $16M in venture capital funds. Regardless of how the elite institutions feel about it, Coursera and Udacity have bills to pay. Charging for textbooks and credentials may be one way they choose to pay those bills. However, considering that Coursera only brought in $200,000 from 3.2 million users, one must wonder how the model will continue to evolve over time.