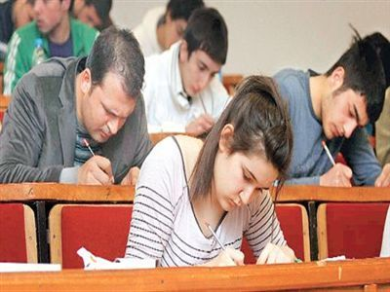 On September 9th, 2012 Turkish Prime Minister R.T. Erdogan announced his proposal to shut down all after-school private tutoring institutions within a year, and possibly turn them into publicly funded private schools. There are over 4,000 institutions that offer private prep courses, known as the dershane sector, which serve over 1.2 million students every year. The dershanes employ over 100,000 people, over half of them being teachers, and bring in an estimated revenue of $2 billion annually. (Turkish Union of Chambers and Commodity Exchanges, 2011).

This announcement, of course, generated a heated debate amongst the educators and broader public across Turkey. Interior Minister Nihat Ergun commented on the issue saying, “the dershane system has become unsustainable, and has almost replaced the regular school system” (Hurriyet, 2012). During the last year of high school especially, in order to prepare for the Access to Higher Education Exams (YGS-LYS), students will often only worry about their dershane studies, and neglect their regular school work. In fact, it is quite common for students to stop going to school a few months before the exam just to make more time to cram and memorize as much as they can. Students usually begin going to these private tutoring centers as early as middle school, to begin preparing for high school entrance exams for prestigious high schools.

In response to this, the Ministry of Education had announced in 2004 that high school GPA’s would have a larger significance in the amount of points added to the final exam score. This was done in hopes to increase the significance of formal schooling in a setting where private tutoring takes priority. Unfortunately, this move didn’t do much in terms of lessening the pressures of the YGS exam, nor did it really affect student’s attendance levels during the second half of the school year.

So how exactly did Turkey’s educational policies come to be this way in regards to exam-driven learning and this push toward private tutoring facilities? There are many facets to this issue, but one way to look at it is by questioning the quality of the public education system in place.

“In the developing countries, deficiencies in the educational system such as inadequate number of universities, large class sizes and low public educational expenditures are often cited as the reasons for the high demand for private tutoring. As such private tutoring can be regarded as a market response to the mediocrity in the public school system” (Kim and Lee, 2001). Because the public school curriculum does not provide adequate tools to prepare students for the selection exam, students who wish to attend college are forced into private courses, assuming they can afford it. While nearly 2 million students take the YGS every year, less than 300,000 are awarded spots in schools. Of the students who take the exam, over 50,000 receive a zero. We can deduce the intensity of competition when taking these figures into consideration. When looking at PISA levels, it was found that in Turkey there is a “high level of correlation between the student’s socioeconomic background and her/his achievement in the test. This is the highest value among OECD countries after Hungary and Belgium.” (Blanchy & Sasmaz, 2009) If there is a persistent lack in the system in supporting students who come from underprivileged backgrounds, those students will continue to remain at the bottom of the spectrum, lacking the skills and competencies necessary to succeed.

If the government chooses to close down the dershanes, won’t students who come from higher socio-economic backgrounds still find ways to obtain private lessons, turning these prep courses into some sort of underground ordeal? Perhaps they wouldn’t be to the full extent of 15-20 hours/week lessons that the dershane provides, but either way shouldn’t it be up to the family to decide whether or not to send their child to prep classes? While I agree that dershanes do create inequality in opportunities, it should be taken into consideration that perhaps they aren’t the cause of the problem, rather the result of the bigger underlying problem that is the quality of education in public schools. Students who live in less economically advanced regions and have limited access to educational resources will have even less of an opportunity to attend college if dershanes are shut down without an effective system in place to narrow the educational gap.

It is obvious that the issue is much deeper than the inequalities that may arise from the dershane system; rather, the issue is with the failure of the public education system across Turkey in and of itself. Without fixing the foundations upon which the public school system stands, the need for after school prep classes will not subside. Taking away the choice or freedom to educate your children, however you see fit, certainly isn’t the solution, not in the short term, at least. If public schools cover the topics necessary to pass the college entrance exams, over time students will rely less and less on after school private courses. Eliminating them altogether without a serious plan to reform public school curricula would only bring about chaos.